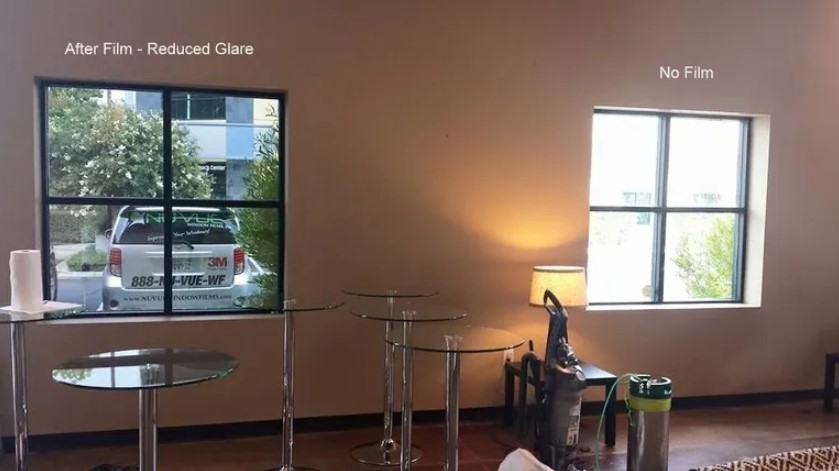 Window tinting is wildly popular throughout California due to the many benefits it brings to home, office or commercial property interiors. Still, there are some misconceptions surrounding window tinting, most of which is completely unfounded.

To make an informed decision, it’s necessary to consider both sides. Nothing is black and white and it’s up to you to make the best choice. Here are some common misconceptions that were already proved wrong by numerous Murrieta window tinting professionals.

MAKES THE INTERIOR TOO DARK

This claim doesn’t hold true nowadays because window films have become more advanced and sophisticated. While window films of the past typically blocked large portions of light, modern window films target only specific wavelengths of light, like infrared heat. In that way, there is more than enough visible light.

The important thing to note is that the advantages of installing window film are not limited to anti-UV protection. Most window films have anti-glare properties by default so they can even replace window shades and blinds. Without window film, you would have to keep the blinds closed to prevent excess glare, which would naturally reduce the amount of visible light in the room.
Before & After Film Installation — San Diego, CA — NU-VUE WINDOW FILMS, INC.

This myth is in direct connection with the false claim that window film reduces the amount of visible light. This is simply not true. Besides, what do you think will happen to your plants if you place them by the untinted window, directly exposed to harmful UV-rays? Exactly – they will wither. It’s true that most plants need more sunlight than humans, but that doesn’t mean they are immune to the harmful ultraviolet light.

On the other hand, we should mention that the plants’ growth or flowering may slow down a bit after the installation of window film. The reason is that plants need some time to adjust to the change. After that, their life cycle will continue as usual.

First and foremost, since you shouldn’t clean your windows for a month after the installation, you should make sure the window tinting professionals you hired leave the windows shiny clean. After that, you can clean the windows like you normally do. Bear in mind that you shouldn’t scrub aggressively or use an abrasive cleaner but a soft cloth instead. Off-the-shelf non-abrasive cleaners will work just fine.

WILL CAUSE WINDOW GLASS TO BREAK

The logic behind this myth can only be explained by the fact that some window films cause the heat to be absorbed into the glass so that it doesn’t penetrate the interior. That may cause thermal stress, which is only one of the causes of window cracking or breaking, regardless of whether it’s tinted or not.

Other than that, the popularity of window film is partly due to its safety and security properties. When you install a security window film, it will hold the glass together even if it breaks.

HAS A SHORT LIFESPAN

Again, window film may have lasted for around 2 years in the early days of window tinting (although that too is debatable) but the technology has come a long way since then. What’s more, window films and tints are built to last; the only thing to consider is who to hire to install it. When it comes to how long your window films will hold, it all boils down to proper installation. If installed right, window film can last for decades.

NOT COMPATIBLE WITH LOW-E GLASS

Some go as far to suggest that window films and low-emission glass cancel each other out. Once more, window tinting experts claim that’s far from the truth. In reality, these two protective features actually complement each other; with low-E glass, you can even install lighter and clearer window films.

It’s vital that you consult a reliable Murrieta window tinting professional when adding window film to low-E window glass. The reason is that not all window films are compatible with all types of low-E glass. Don’t risk thermal damage to the glass by hiring a subpar service.

ALL WINDOW FILMS ARE THE SAME

Since there are those who claim that there is no difference between different types of window film, people naturally assume they should go for the cheapest one. That’s a huge mistake, especially when you know that window film has to be compatible with low-E glass and other types of glass in order to bring the expected benefits.

Besides, the basic categorization of window films is into metalized, ceramic and hybrids. The distinction between anti-glare, anti-UV rays, decorative, security, anti-graffiti, and other types of window film, comes only later.

To make sure you get all the benefits of a properly installed window film, hire a trusted Murrieta window tinting company – NU-VUE Window Films has an outstanding track record in providing a variety of window tinting services. Let us show you how we can make your home, office, hotel restaurant or other property safer, more attractive and more comfortable. Give us a call today or get an estimate through our online form.

Life without sun is girl’s cross to bear

A Look Back At Our Company Story

I can’t tell you how much I appreciate Ariel taking his time to answer all of my questions. Thank you for his professionalism and commitment to doing the right thing.

I would recommend NU-VUE to anyone!

Ariel and Andres were great! They went the extra mile to ensure that we had the most efficient fade resistant film for the height of our windows. They were also professional and friendly. Thanks so much!

Excellent coordination from office to field. Installation went very smoothly and the installers were courteous and meticulous about cleanup.

We love the results!

Both jobs done by this company were done professionally.

I immediately felt a difference in the heat in the room with the new film!

Installation was easily scheduled and it was soon after I got my estimate. Installers, Randy and Chase, did a great job and did it quickly. It’s much cooler and things aren’t hot to the touch. Price was very reasonable.

We appreciated every aspect of your company from start to finish!

Great job done in a timely and efficient manner so that our gallery could open at 10am as promised. Both gentlemen were professional, in good spirits, good humor, listened and answered all of our questions in regards to your product. Our windows look great. Thank you!

Couldn’t ask for a better service and quality product!

Very pleased with the results.

Totally positive experience from assistance in selection of product, installation and performance. Very glad I selected NU-VUE for my window film needs that I didn’t realize how much I needed until after installation.

Well worth the cost!

Every contact I had with NU-VUE was positive and courteous. The UV film I chose is unobtrusive and yet my antique furniture is safe. I highly recommend NU-VUE for efficient, competent, professional service that comes with a product guarantee.

Easy to do business with NU-VUE.

The installation was professionally done and I was very pleased with the workmanship and expertise of the installer.

I am very happy with how everything was protected and cleaned afterwards.

Arrived on time very polite and cheerful. Job completed in no time at all. I would definitely recommend NU-VUE. Thank you very much.

Marisa was kind and very patient in my selection process. I knew I made the right choice with this company. The installation was fast, neat & friendly. The guys were fantastic. It was a pleasure to have you all in my home. You have an excellent team and I will be spreading the word for sure. Thank you so much!!!

The estimate, scheduling, installation and follow up were excellent.

I have already recommended you to others!

I’ve used your service twice and would definitely use it again.  It’s wonderful to have dependable service and reliability. Great job and so nice to trust a business.

Very pleasurable experience with your company!

Ariel was very personable and knowledgeable of the products and gave us broad scope of the tinting business. The installer was polite, efficient and tidy. The office ladies were very thorough and pleasant. Thank you all for a job well done. We are very pleased so far with the results of the tinting and will definitely refer our friends to you.

All around excellent service.

From the time I called for an estimate to the completion of the install, every step was done as discussed without any hiccups. So very pleased.

The windows came out perfect.

The tint makes the room so much more enjoyable. The price was fair and below competitors.

Excellent work, and particularly because some of it was a fairly custom request. Due to a Youtube project here, some special film that I supplied needed to be applied and NU-VUE did everything REALLY well. I would absolutely recommend them and use them again.

I have used your company for both personal and business purposes. Each encounter has been excellent, thus the reason for repeat business. In this case, I was pleasantly surprised that the lifetime warranty of the original tinting was honored by your company when the original installer went out of business. The installation was efficient, the guys cleaned as they worked, and there was minimal disruption to my day. I will use your company in the future and highly recommend you to my neighbors who may need tinting of their home.

We are so happy with the tinted windows.

So much cooler and no more glare. Saving my hardwood floors too. Great technician who was on time worked cleanly in my home and was very informative and professional very good!

Your company was perfect.

Gave us a solid price and left to it. We’re happy with the outcome of the product.

Really happy with the installation.

Really happy with the installation from the first call to the first product. Will definitely will recommend your company to others.

I was very happy about the in-home consultation which resulted in me being confident about proceeding with ordering the product. The home installation crew was very informative and professional. I do plan to order additional products in 2019 based on additional information provided by consultation/installation representatives.

Great job all around!

Rigo Perez was our consultant. He was very knowledgeable and professional. The installers did a nice job. The job was quoted and installed in one week.

The installer, Ariel, was so nice.

I was very pleased. The installer, Ariel, was so nice. He was very careful and cleaned up after the installation and went over care of the product. I already have referred you to others.

Everyone we worked with displayed their professionalism and competence and did so with a great attitude!

I am satisfied and pleased.

I had difficult windows to apply film to due to a frost on the film side of the pane. When I called, the service team quickly identified a more appropriate coating and scheduled a strip and reinstall for all 24 windows.

The service was great.

They were timely and respectful.

Marisa and the installation team were great through the entire process. Communication was essential since we were installing on multiple buildings and Marisa and the team was on top of it – this is the second time we used NU-VUE for window projects and we continue to see a high level of service and value in their products and services.

The house is so much cooler and the windows look great. I’ve already recommended your company to three other people, thank you!

It was great; the installers were very fast and efficient.

Very responsive to our needs. I appreciated the information provided to us with recommendations as to what products to use for different purposes. They were able to complete the job on time and with a reasonable cost. Professionals all around.